Owls seem to be the current trend.  They're all around.  I have grown to like them as they have a lot of character.  A while back I posted about 3 owls I had found in thrift stores and revamped with a bit of spray paint.  In my recent visits to other blogs I have come across felt owls that look easy enough to make...and don't require spray paint.  I decided that it was time I put down the spray paint can and pick up a needle and thread.  I went to Joann's to pick up all of my materials. 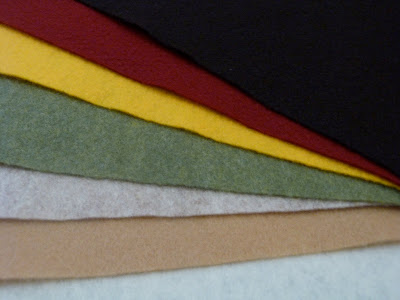 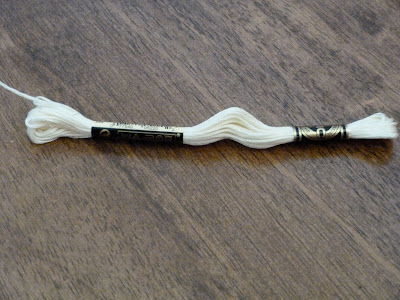 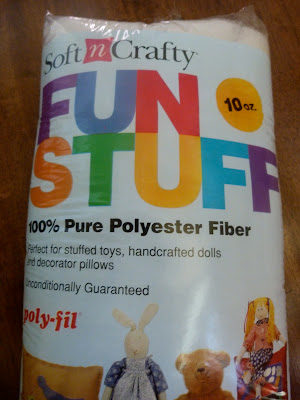 The first step was to create some patterns.  I have owls pinned on my Pinterest board that I went back and studied.  I took some ideas from them and created my own owl.
For this owl I used dark brown, olive green, off-white, and yellow felt.  I used my pattern pieces and traced them on the felt.  When all the pieces were cut out I hot glued most them into place.  I had to wait on the wings though and stitch them first. 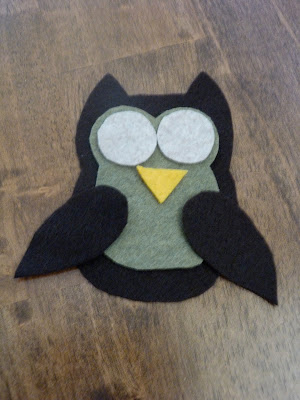 Then, using a large needle and the embroidery thread, I added the detail around some parts of the owl.  I also added 2 buttons for eyes.  When the owl was almost stitched up I put the stuffing inside. 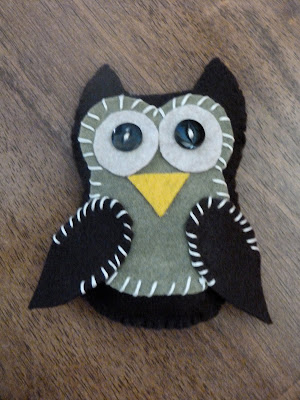 The finished product.  I plan to incorporate him with the fall decorations that are soon to be up on the mantle. 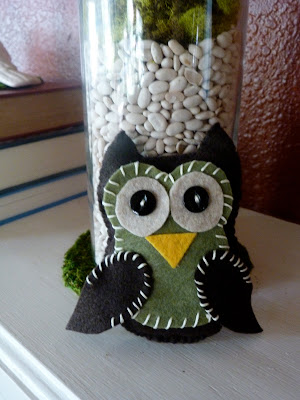