Not long ago I stumbled across this on Pinterest: 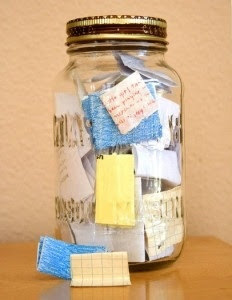 This idea isn't something I could keep up year after year, but is certainly something I'd like to give a try for 2013.

I took at look at the selection of jars at Hobby Lobby and decided on this one. 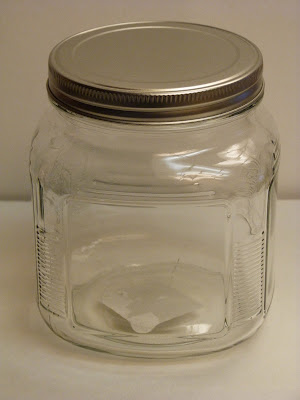 Of course, then came the brainstorming...what will my Gratitude/Good Things Jar look like?  I had envisioned the glass being spray painted.  Glass...it can be spray painted.  I've done it before without a problem and I'd do it again.

OK...so I started with a primer, which went on beautifully.  Then came the color, a celery hue, that I used on this lamp. 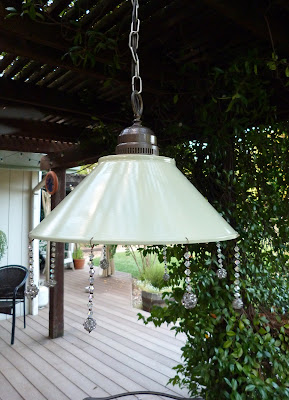 Ugh...not much luck.  It immediately started to shrivel up.  The weather is pretty cold here right now and that might be why it did that, and this is what I ran into. 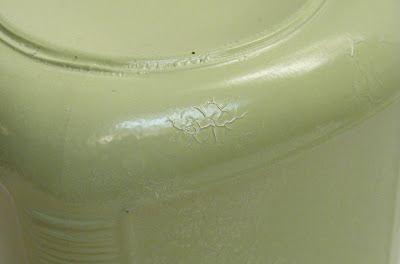 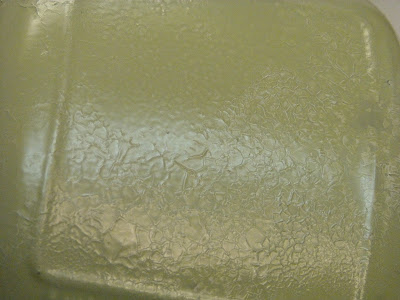 Ugh...now what?  Well, I pulled out the steel wool and tried to rub it to a smooth surface.  It worked out all right so I tried adding another coat of paint.  No luck...still had the shriveling problem.

BACK TO HOBBY LOBBY

This time around I changed jars and chose this style instead.  I liked that it could be placed upright or tilted, as it is in the picture. 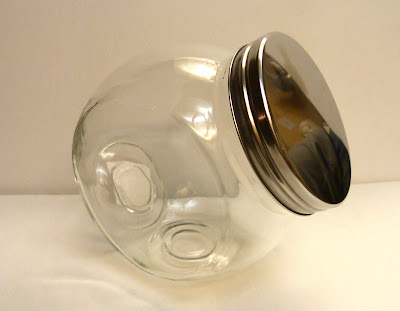 Obviously, I wasn't going to paint this jar.  So what now?  I strolled down the aisle that had all the different do-dads for scrapbooking and decided on these things. 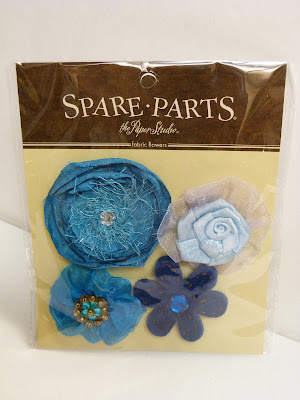 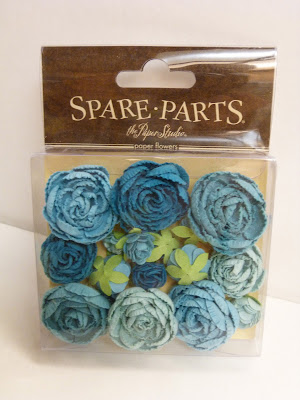 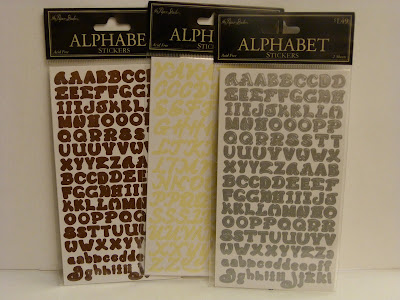 I sat in my kitchen and started to arrange the flowers on top of the lid of the jar.  They ended up being placed too perfectly, or too spread apart, and nothing was working.

I headed out to my craft cabinet in the garage and came back with this, to add some texture.  I ended up gluing it on the entire outside of the lid. 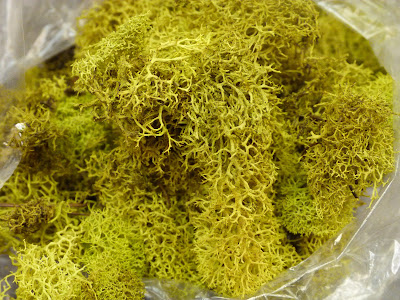 From there I started (hot) gluing the flowers.  Once the lid was finished, I looked through my old scrapbooking paper and cut out a couple of circles to make a tag.  I added some sticker lettering and ta-da...finished! 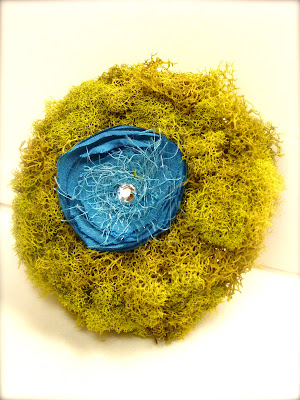 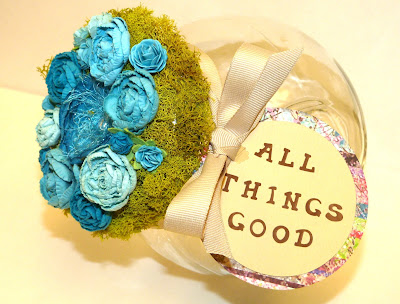 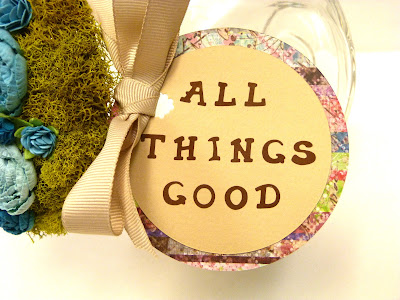 I look forward to adding memories to my jar this year.  Bring on 2013...we're ready! 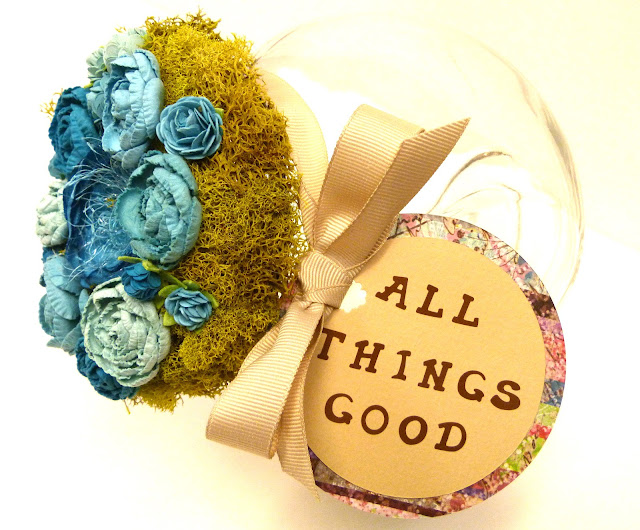 1.  I wish...we either had a gas insert or a pot-bellied fire place.

2.  I want...a personal make-up artist to live with me for a week and assist me.  I want to learn more.

3.  I think...I'm fortunate to have athletic children.

4.  I am shocked...at the reality shows that air.  Stars diving off high dives.  Really?

5.  I appreciate...a home cooked meal, which doesn't come as often as it used to.

7.  I struggle...with getting motivated to train for the half marathon I recently signed up for.

10. I hope...the Sacramento Kings stay in Sac instead of moving to Seattle.
Posted by Emily Wilson at 8:13 AM No comments:

1.  I wish...my Winter Break would stop slipping through my fingers.

6.  I enjoy...keeping fit, lifting weights, taking care of myself.

7.  I struggle...with the chore of changing the family's sheets on a regular basis.

8.  I feel...somewhat excited to begin my training for the Shamrockin' Half Marathon I registered for.

Woo hoo...first post of the New Year.  Since being on vacation, there have been some to-do projects that have been stirring in my head.  My limited time is what has kept me away from a handful of them.  However, there was one project that was completed in a matter of a couple of hours:  Painting the interior of our front door.

What got this project rolling was that our existing door handle wasn't working very well.  Here's a picture of what we had.  The top part was electronic.  There was a keypad outside so that I could go out walking or running and have the door lock/unlock without having to carry my keys.  It was originally brass, but I spray painted it last year...which looked fine, until the paint started chipping/rubbing off. 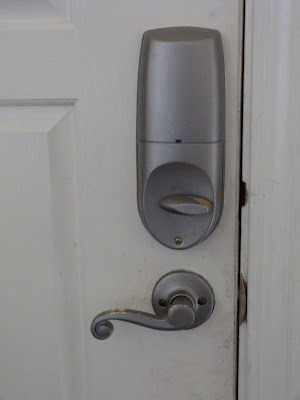 Here's a corner shot before painting the door and changing the knob. (If you're wondering what that black thing is at the top of the door, it's the back of a hook that's holding a wreath on the front of the door.) 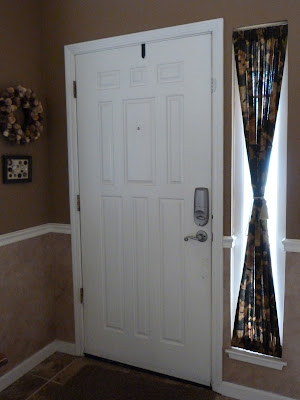 We chose this door handle set at Home Depot (not the greatest picture, hard not to get a glare.) 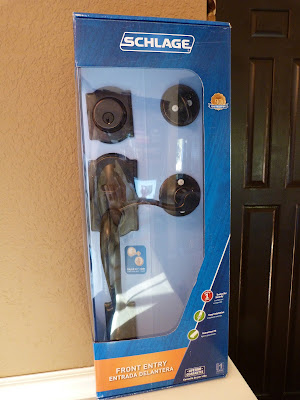 I found the perfect paint color, Espresso Bean, made by Behr.  It's a super deep rich brown.  I used three coats (using a mini roller) and it covered the white paint beautifully.  I am in love with the finished product.  In fact, it's one of those, "Why didn't I do that earlier?"  projects. 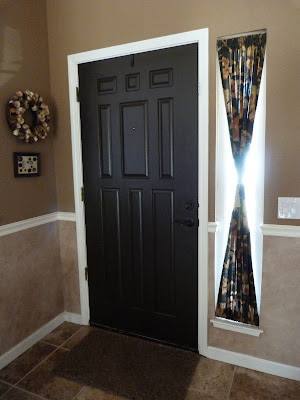 Posted by Emily Wilson at 8:00 PM No comments: