While cruising around Pinterest a few weeks ago I came across this picture: 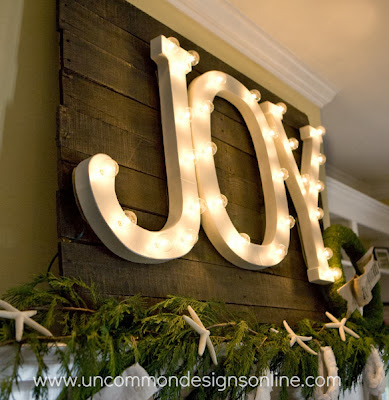 I loved the idea of lit paper mache lettering!  There are so many different things you can do with them, aside from a Christmas theme.

I decided to use the "JOY" word because it was short and I thought it would be easier than a word with more letters.

As mentioned in the blog's directions, the woman had special ordered the larger letters, however at Hobby Lobby they only had the smaller letters. 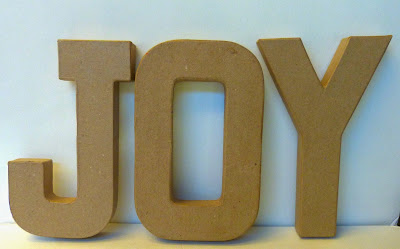 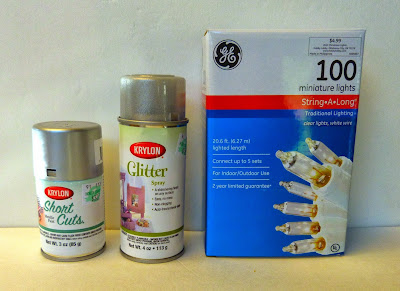 The first thing I did was use an exacto knife to cut around the lettering to expose the inside. 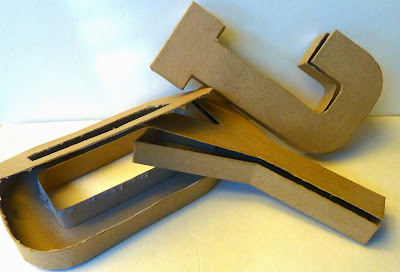 Once the letters were open I used a pencil to mark where the lights would go.

I sprayed three coats of silver on the letters and used some Modge Podge, a paintbrush, and a super fine silver glitter to cover the lettering. 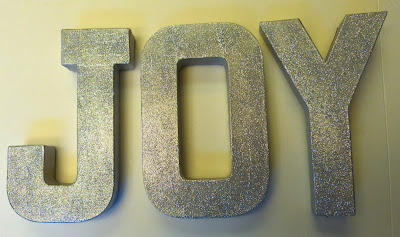 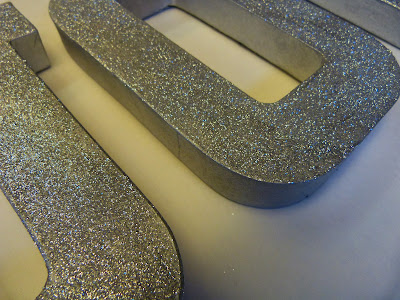 The next step was to take a sharp tool and make a hole where the penciled dots were.  Not sure if it would have been better to poke the holes before or after spray painting and glittering.

The string of lights had 100 lights.  I found the middle of the string of lights, and started poking the lights through the middle of the letter O.  From there I worked outward to that it was spaced evenly.  It wasn't the easiest thing to do and it was at this point I realized why larger letters are probably easier to work with...less cord bunching. 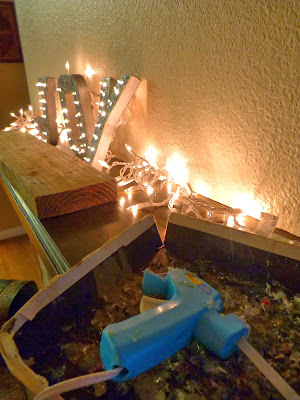 Some of the lights were falling out of the holes so I tried to hot glue them in, but that didn't work too well. 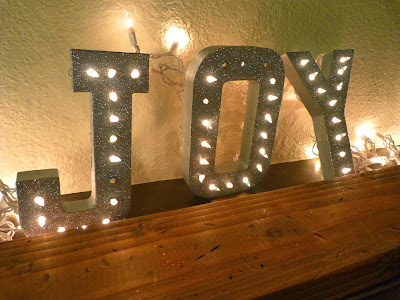 I played around with the lights and letters for a while and finally had it all figured out.  In the meantime I put the mantle together and got everything in place. 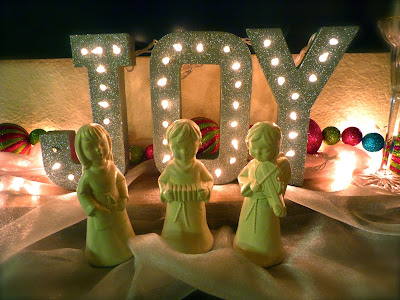 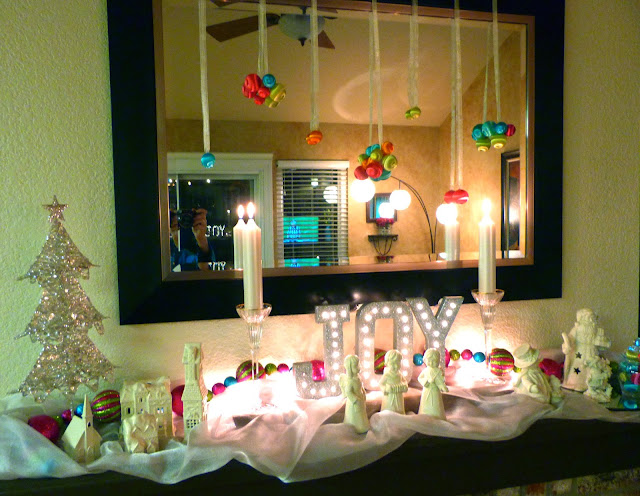 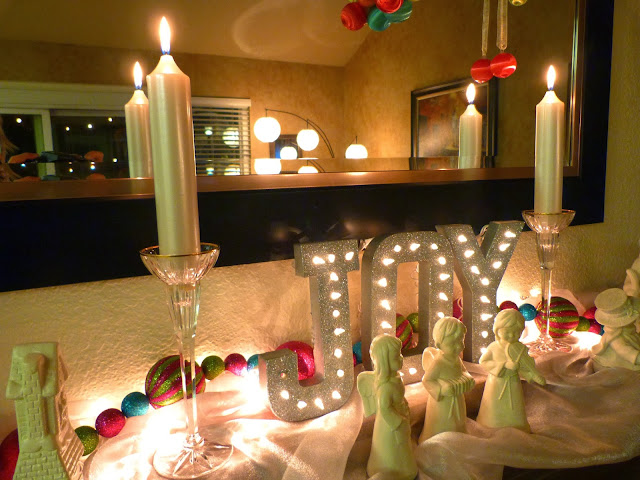 Posted by Emily Wilson at 5:26 PM No comments: