While my daughter and I were out running errands last weekend we stopped by a boutique-home decor store that I try to get to every now and again.  Outside was a table filled with clearance items, including this: 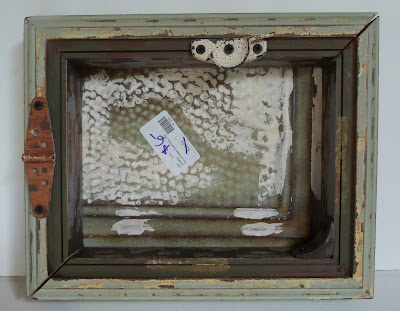 Do you see that price?? 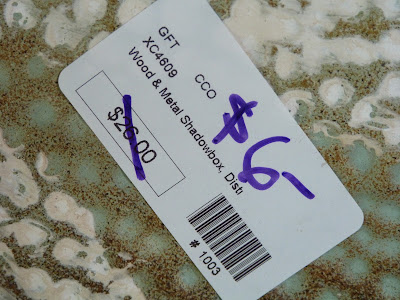 It was marked down because two corners had come unglued. 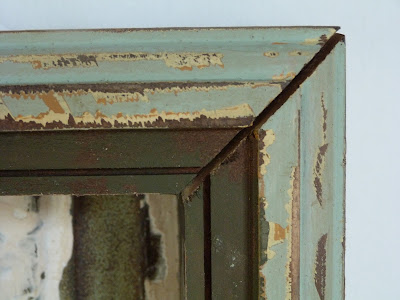 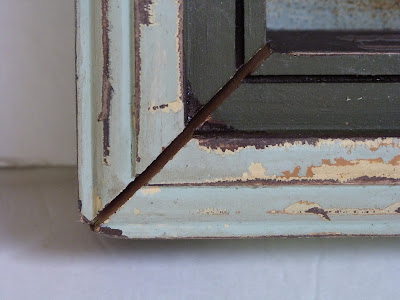 I knew my husband would come up with an idea for gluing it back together.  He added some wood glue, put a baggie around the corners (to avoid getting glue on the wood), and then used a tie-down strap to tighten up everything and hold it in place until the glue dried. 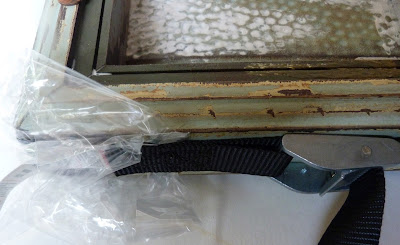 Next came the brainstorming...what was I going to use this thing for?  At first I thought of putting a picture in the middle of the inside, but that seemed sort of....boring.  Then, while putting my jewelry on, an idea came to mind.  I could hang all of my layering necklaces from the top.

Off I went to Hobby Lobby to look for some "hangers."  This is what I decided upon. 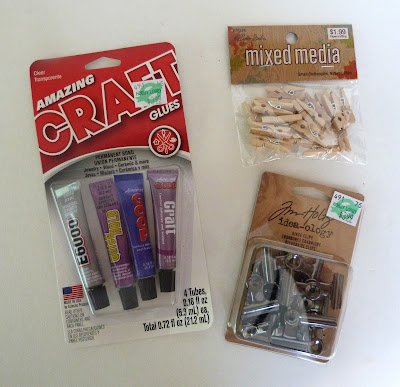 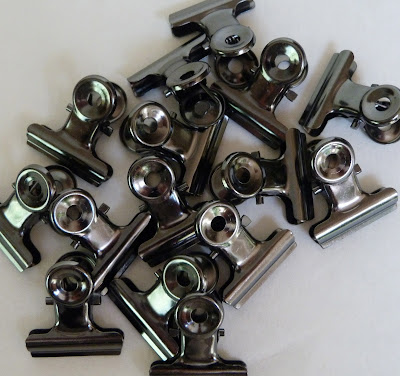 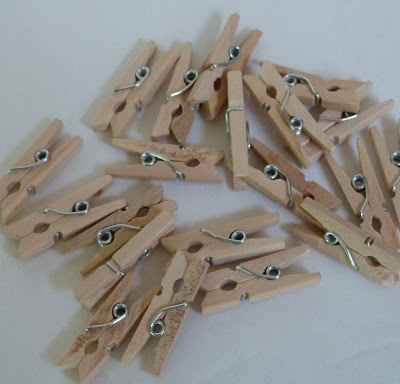 As shown in the picture above, I bought a variety pack of glue.  I knew I needed some E6000, but didn't want to buy the large size because it goops up before I use half the bottle. 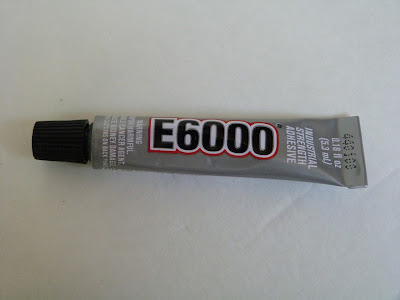 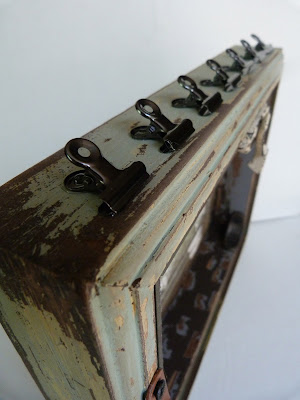 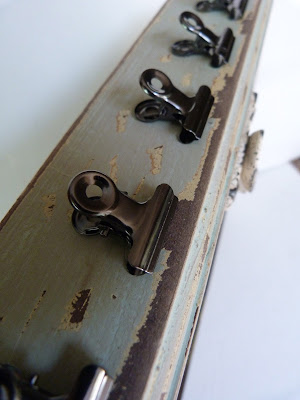 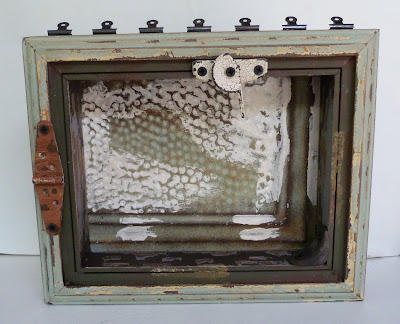 I have some extra clips that I might end up gluing in the middle area, but I will decide on doing that later, if needed.  While clipping some necklaces on, I realized that for each clip, I can place one chain inside the clip and wrap another one (or more) across the top of each clip. 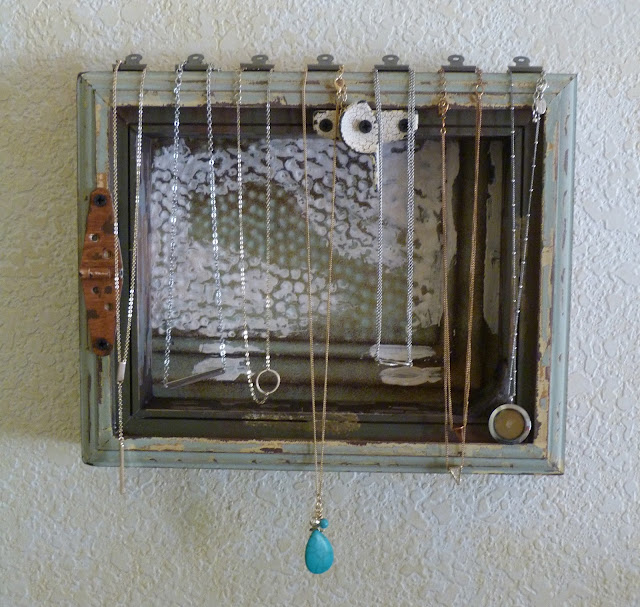 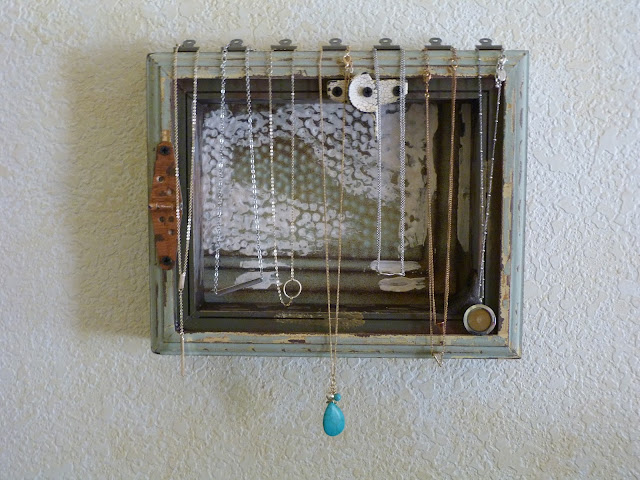 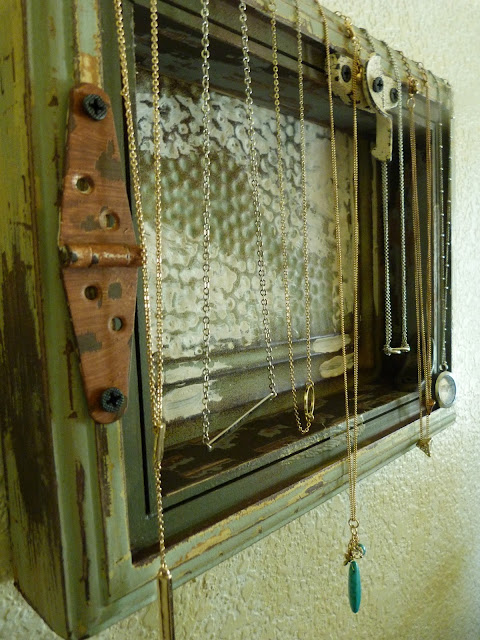