I finally finished my first (and maybe only) Halloween craft.  A while back when fooling around with some felt, I made an owl, which can be seen here.  For October, I thought it would be cute to make 3 owls and put lettering on the front to spell "BOO."  And so I did.
I pulled out my patterns and felt. 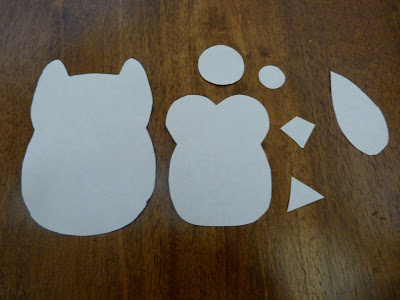 I decided that I wanted purple thread for the wings and white for the border of the owls. 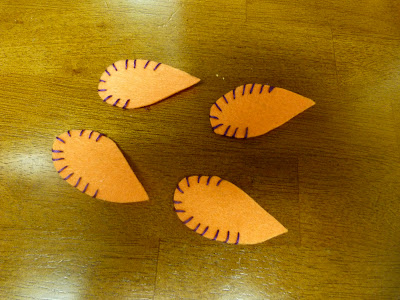 I used my glue gun to attach all the parts and decided to use "googly" eyes instead of buttons.  Are the white circles behind the eyes perfectly cut?  No.  But, to me, that's part of the charm. 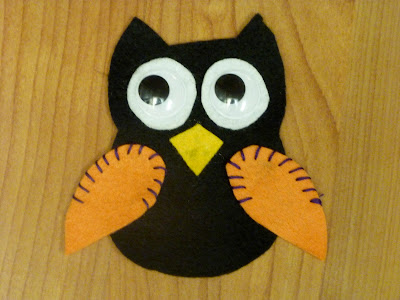 I found the glitter letters at Joann's.  It came with a complete alphabet set.  I used the glue gun to attach the letters, too. 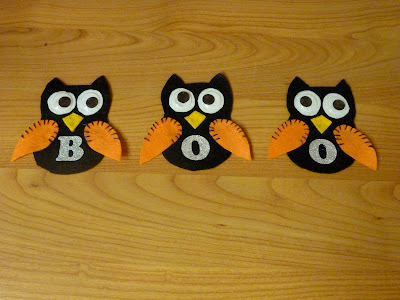 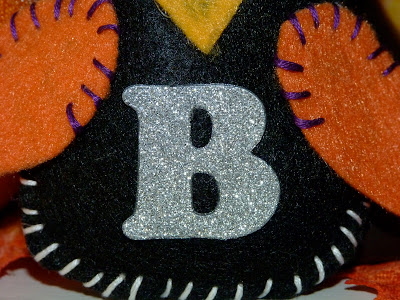 Finished product!  I placed them on my "Fall Mantel" for this picture, but I look forward to finding a creative way to display them for my Halloween Mantel. 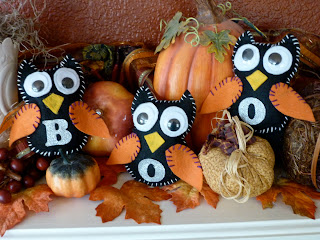 Total Cost = $4.00
I had all of the materials except the lettering.
Posted by Emily Wilson at 1:49 PM